Annenberg Foundation’s Cinny Kennard and the Civic Duty of Philanthropy 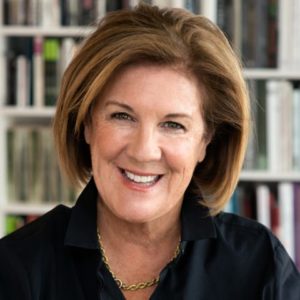 Eric interviews a truly great interviewer in this episode: Cinny Kennard, Executive Director of the Annenberg Foundation in Los Angeles.

Cinny has had a long and fascinating career in the world of radio and television journalism. Her work includes coverage of the Anita Hill – Clarence Thomas sexual harassment controversy, the 1992 U.S. presidential election, the Persian Gulf War, and hundreds upon hundreds of interviews with the Royal Family, notable politicians, and world leaders, among many others. Her work has taken her from CBS to NPR to Annenberg, with some other exciting stops along the way.

Now the executive director of the Annenberg Foundation, Cinny talks with Eric about the legacy of the Annenberg family in Los Angeles, how to make journalism a respectable profession, and a foundation’s duty to the communities it serves. Her opinions on philanthropy may be unconventional, but her commitment to finding better, kinder, and more lasting solutions to challenges in our modern world is palpable. She is truly a force to be reckoned with.