Hit enter to search or ESC to close
EpisodesFoundation CommunicationsInterviews 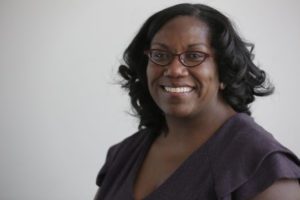 In June of 2016, the MacArthur Foundation announced that it would award a single $100 million grant to a single organization that was making a difference on a specific solution. They opened up a competition to allow organizations to vie for the award in a campaign they called 100&Change. The winner was the Sesame Workshop and the International Rescue Committee, which created a project to help refugee ch

ildren living in conflict areas in the Middle East.

Now, MacArthur is back with its second competition. In this episode of Let’s Hear It! we speak with Kristen Mack, Senior Communications Officer at MacArthur, and Jaison Morgan, CEO of Common Pool, the company that helps to design and conduct the competition.

Kristen talks with Eric about how she came to this field and about how MacArthur integrates communications throughout its work and especially into such a visible campaign (and the drinking habits of journalists.) Jaison talks about how competitions need to focus on transparency and feedback, and about the significant benefits that clear communications can have (and how he uses competition strategies in his parenting).

Join us for another fun and illuminating episode of Let’s Hear It!