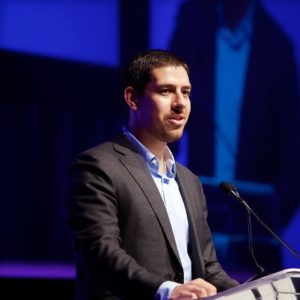 Jesse Salazar is one of the most thoughtful and intelligent people you will ever be lucky enough to meet.If Jesse sounds wise beyond his years, it’s not just his soothing baritone–it might also be a result of his incredibly interesting background.

Living in the only Hispanic household in his rural Pennsylvania community, he learned how different perspectives inform each other. As the youngest civil rights commissioner in Pennsylvania history, he was forced to address a dramatic surge of hate crimes against immigrants in the aftermath of 9/11.Since then, he has gone on to run a regional office for a US Senator, he ran communications for the Council on Foundations, he was chair of the Communications Network during a dynamic period of extraordinary growth, and now he’s a management consultant at an international firm.

All of this has given Jesse a really nuanced understanding of just about everything.In this interview with co-host Eric Brown, Jesse Salazar talks about politics, nonprofits, foundations, howto use communications to advance ideas and causes,the strategic use of office candy,and much more in another lively episode of Let’s Hear It!