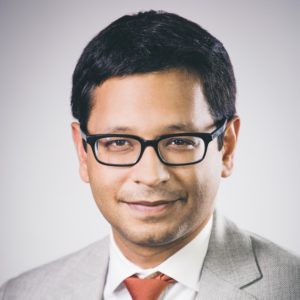 Since 2018, he has been the president of Demos, an organization that was started in 2000 by progressive foundations that wanted to respond to right wing think tanks with a focus on progressive policy development and advocacy. One of its early board members was a State Senator from Illinois named Barack Obama.

Under Sabeel’s leadership, Demos has built on its reputation as an essential voice in the movement for a just, inclusive, multiracial democracy. In this edition of Let’s Hear It, Eric and Sabeel have a free-flowing conversation about dismantling institutions and systems that are responsible for ongoing inequality in race, gender, and class. Sabeel talks about how to create new models for how the world will need to work as we attempt to create a new social contract based on justice.